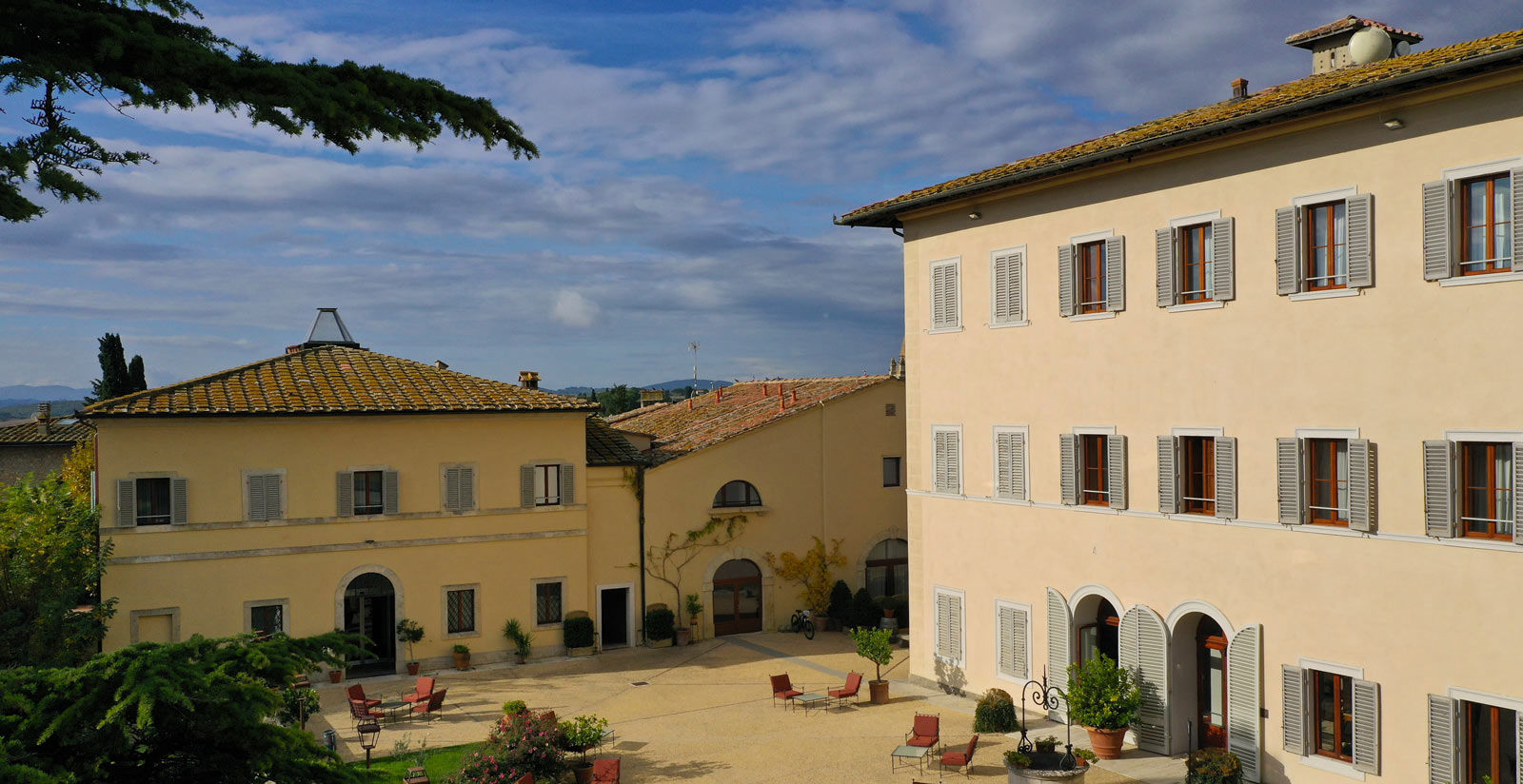 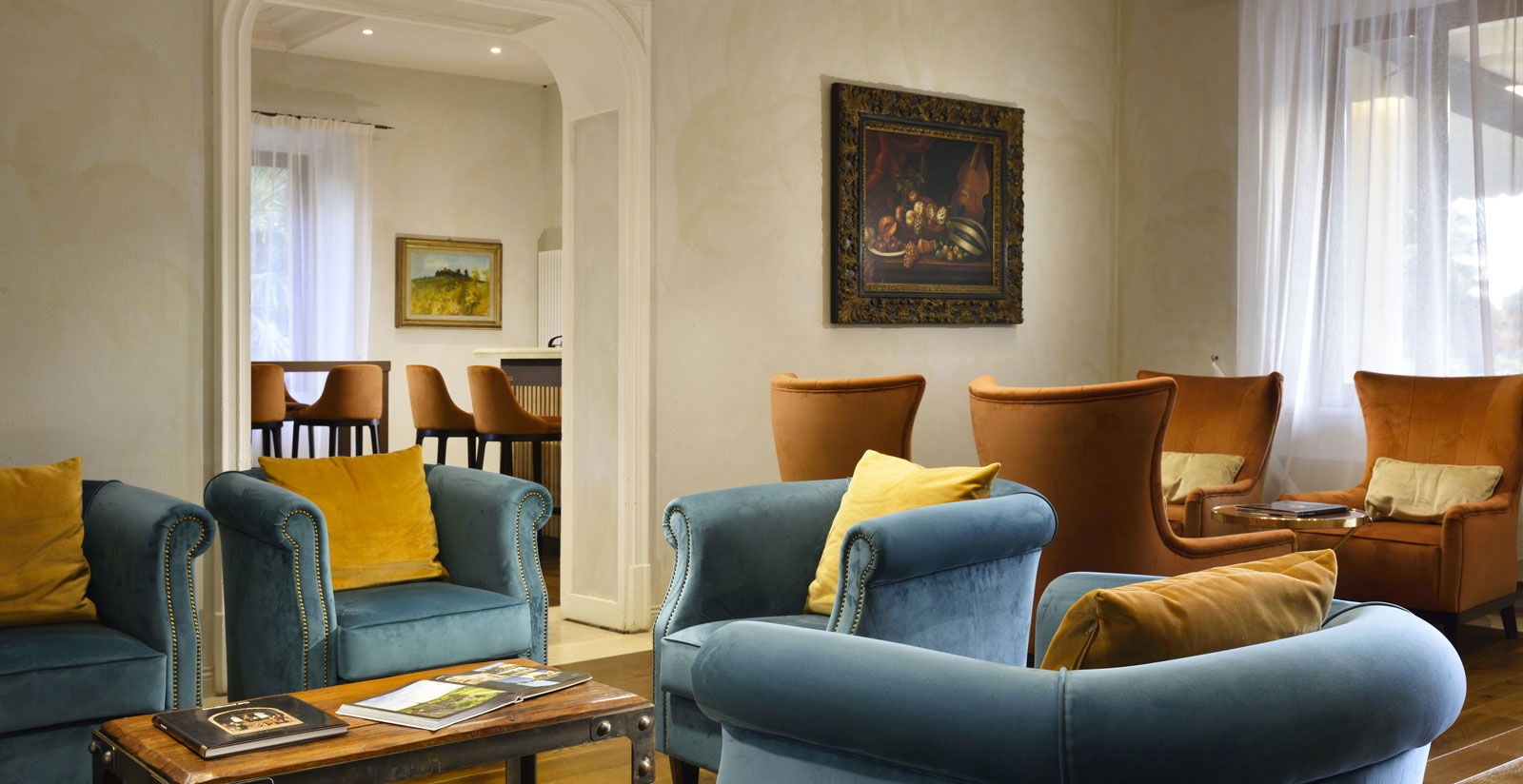 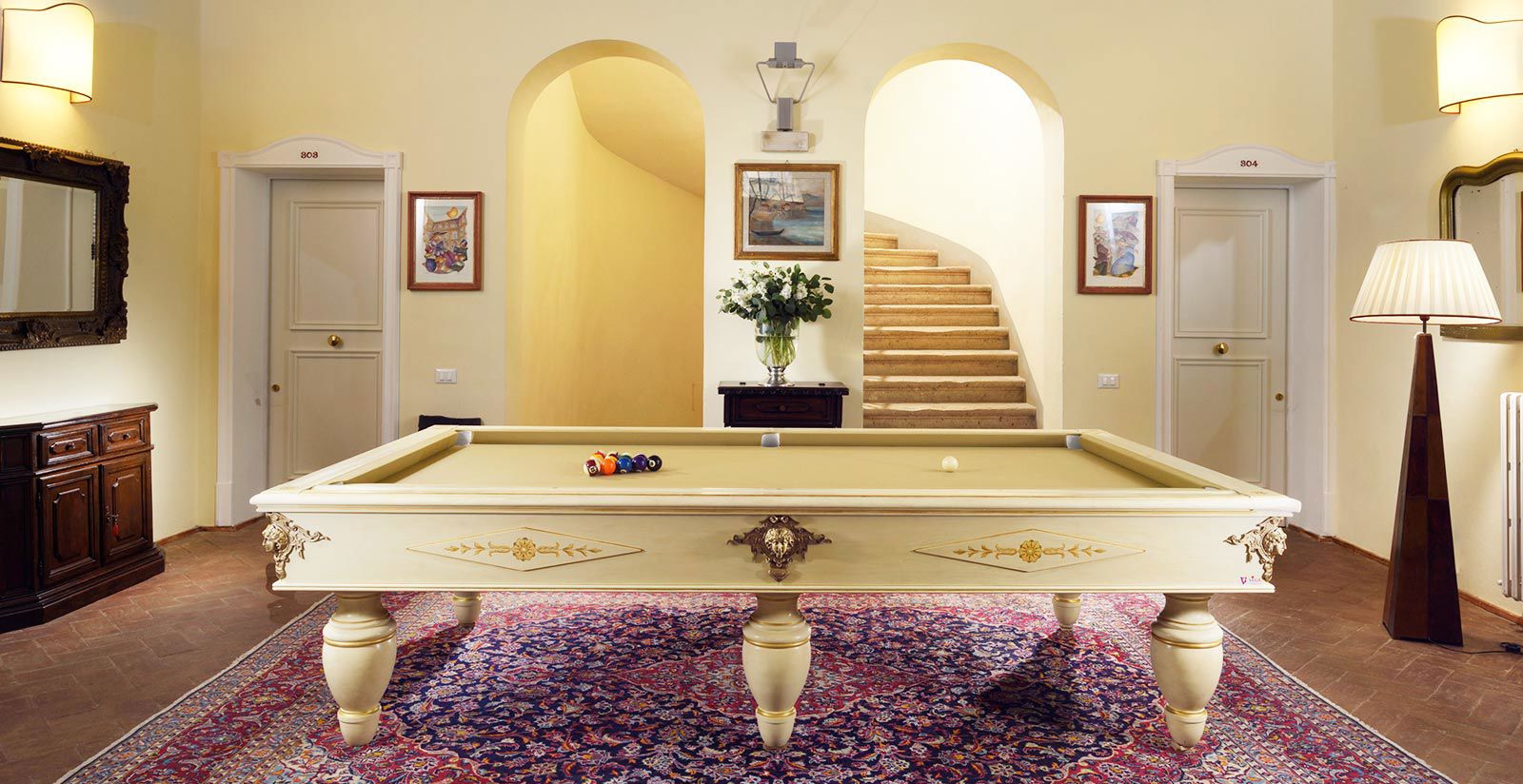 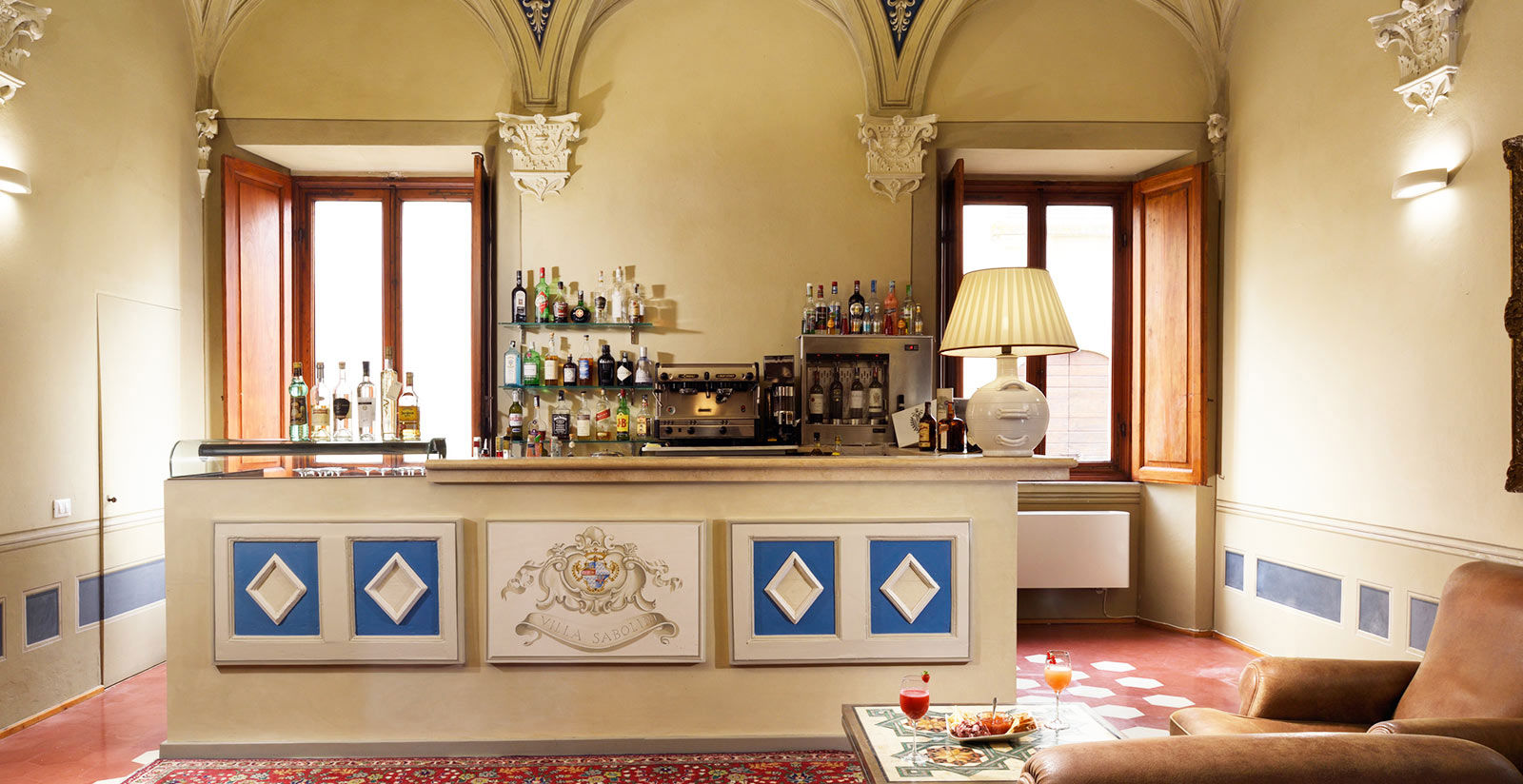 If we were to set the sat nav to reach this special place ... we would first come to Tuscany, followed by Siena drive into Colle di Val D'Elsa before arriving at Mensanello. It would be like opening a Matrioska doll: first we would be passing through the famous province of Tuscany before reaching Siena where the famous Palio horse race takes place. We would then be moving on to the area of Colle di Val D'Elsa otherwise known as the city of crystal, before arriving in the small peasant village called Mensanello and it is here were Villa Sabolini is located.

Crossing the threshold of the gates of Villa Sabolini you find yourself in front of the beauty of an ancient historical residence of the fifteenth century. Surrounded by an Italian garden with secular trees where, just walking, makes you breathe the air and the charm of the past. The Villa owes its name to an important family in the area of Colle di Val D'Elsa, "I Sabolini", whos last heir, Archpriest Amerigo Sabolini decided to use the Villa as a residence of retreat in the last years of his life. Later it was the home of the Venturi-Gallerani family, of which it still bears the family crest, and who were its owners until after the Second World War.

It is precisely in that period that the Villa acquires strategic importance for the Italian artistic heritage!

It is said, in fact, that during the Second World War, some Christians tried to rescue artistic works from the Nazis' raid, hiding them in Convents, Villas, and Monasteries hidden in the Italian countryside.

In 1943 the art scholar Frank Stokes convinced the President of the United States of America to gather a group of architects and art experts, recruiting them into the army, in order to find, in all the invaded European countries, all the works of art stolen by Adolf Hitler. This group of experienced art soldiers were called "The Mouments Men".

In summer 1944 Frank Stokes was searching around the Tuscan countryside, looking for one of the most famous works of our cultural heritage. During his search he arrived at the small village of Mensanello, the Villa that was once called the Villa del Vescovo (Bishop's Villa).

This famous artwork was meticulously kept inside a wooden box and Frank Stokes rediscovered the beautiful work of the "Majesty of Duccio Boninsegna". This had been transported from the Museo dell'Opera of Siena to Villa Sabolini to hide it and protect it from the raids of the enemies. After the Second World War Madame Flavia was the last of Venturi-Gallerani dynasty and she had no living descendants. When she died, she left all her worldly goods to the Diocese of Siena who turned it into a Seminary.

In the last 10 years it has been transformed into a four star hotel and this enables our guests to admire and enjoy the charm of "Living in the Past!" Villa Sabolini has 40 rooms, all finely furnished in an elegant and classic Italian style, with canopy beds, cotto floors and precious marble bathrooms, which frame a relaxing holiday in the Tuscan countryside.

Our "Sabolini" restaurant, with its cozy terrace is a place of Tuscan culinary tradition.Every day our Chef rediscovers and reinterprets local products to offer our guests the taste and flavor of the time to enhance your experience at our Villa.

Traditional dishes that are made from scratch with local ingredients inspired by the seasons are combined in a simple and at the same time refined way. This we hope makes each dish a memorable experience of a unique stay. With its elegant style, the dining room becomes the ideal place for a candlelight dinner, intimate receptions and unforgettable occasions.

Don't delay the experience of an unforgettable stay "COME AND MAKE YOURSELVES AT HOME"!!!