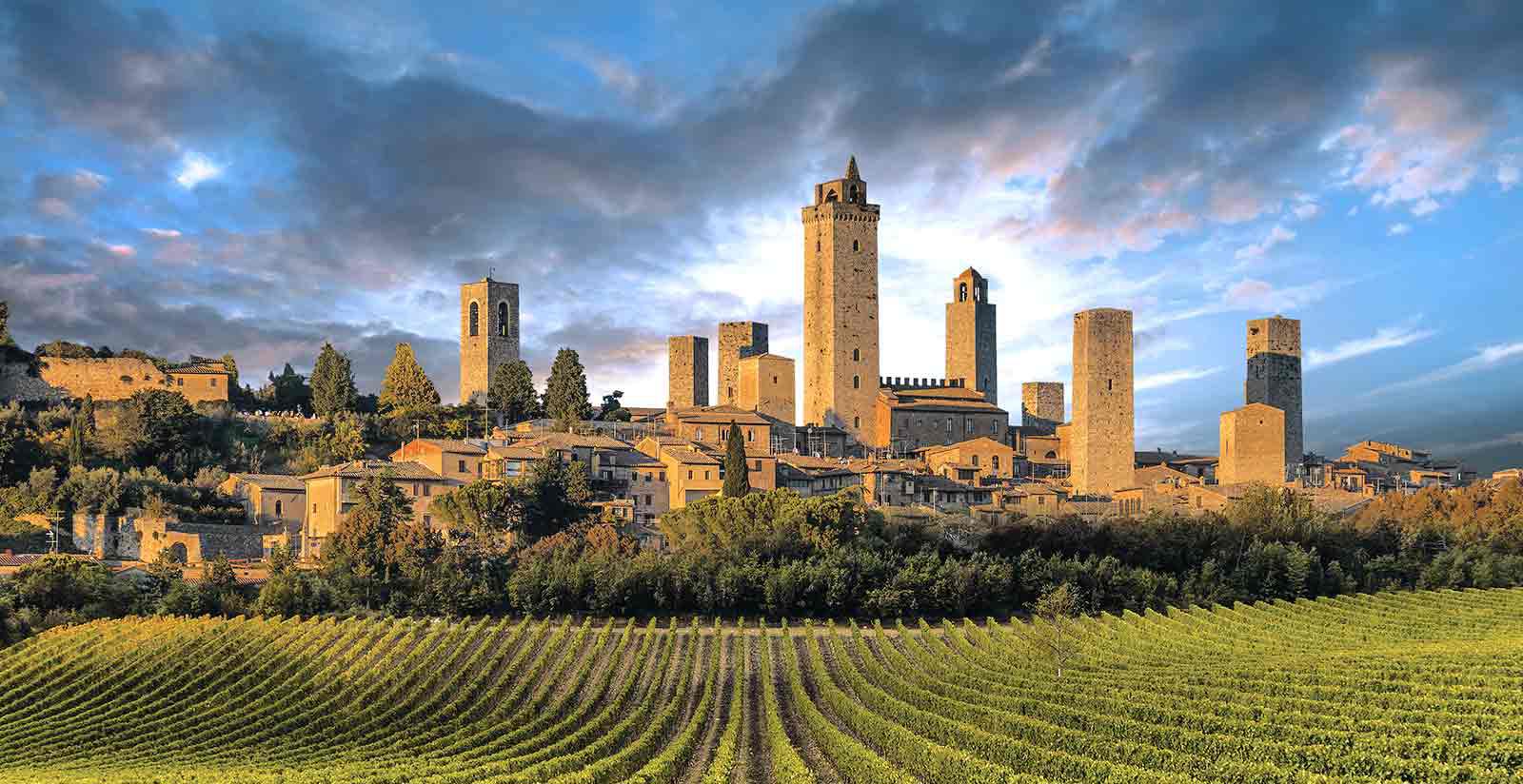 San Gimignano is a small walled medieval hill town in the province of Siena, Tuscany, north-central Italy. Known as the Town of Fine Towers, San Gimignano is famous for its medieval architecture, unique in the preservation of about a dozen of its tower houses, which, with its hilltop setting and encircling walls form "an unforgettable skyline". Within the walls, the well-preserved buildings include notable examples of both Romanesque and Gothic architecture, with outstanding examples of secular buildings as well as churches.

The Palazzo Comunale, the Collegiate Church and Church of Sant' Agostino contain frescos, including cycles dating from the 14th and 15th centuries. The "Historic Centre of San Gimignano", is a UNESCO World Heritage Site. The town also is known for the white wine, Vernaccia di San Gimignano, produced from the ancient variety of Vernaccia grape which is grown on the sandstone hillsides of the area. The city is on the ridge of a hill with its main axis being north/south.
It is encircled by three walls and has at its highest point, to the west, the ruins of a fortress dismantled in the 16th century. There are eight entrances into the city, set into the second wall, which dates from the 12th and 13th centuries. The main gates are Porta San Giovanni on the ridge extending south, Porta San Matteo to the north west and Porta S. Jacopo to the north east.

The main streets are Via San Matteo and Via San Giovanni, which cross the city from north to south. At the heart of the town are four squares: the Piazza Duomo, on which stands the Collegiate Church; the Piazza della Cisterna, the Piazza Pecori and the Piazza delle Erbe. To the north of the town is another significant square, Piazza Agostino, on which stands the Church of Sant' Agostino. The locations of the Collegiate Church and Sant' Agostino's and their piazzas effectively divide the town into two regions.