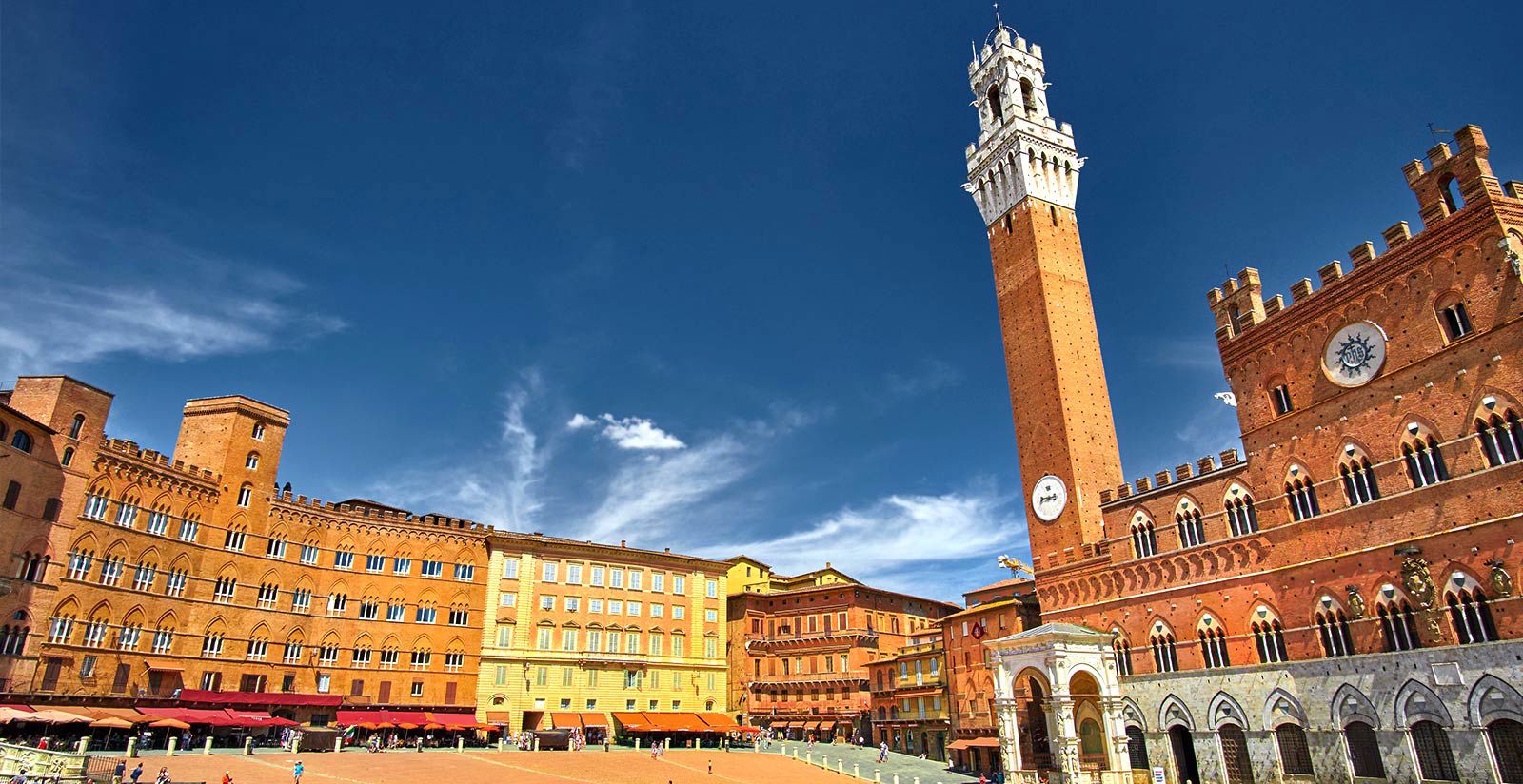 Siena is a city in Tuscany, Italy. It is the capital of the province of Siena. The historic centre of Siena has been declared by UNESCO a World Heritage Site. It is one of the nation's most visited tourist attractions. Siena is famous for its cuisine, art, museums, medieval cityscape and the Palio, a horse race held twice a year.

Siena, like other Tuscan hill towns, was first settled in the time of the Etruscans (c. 900–400 BC) when it was inhabited by a tribe called the Saina. The Etruscans were an advanced people who changed the face of central Italy through their use of irrigation to reclaim previously unfarmable land, and their custom of building their settlements in well-defended hill forts. A Roman town called Saena Julia was founded at the site in the time of the Emperor Augustus. The first document mentioning it dates from AD 70. Some archaeologist assert that Siena was controlled for a period by a Gaulish tribe called the Senones. The Roman origin accounts for the town's emblem, a she-wolf suckling the infants Romulus and Remus. According to legend, Siena was founded by Senius and Aschius, the two sons of Remus, who was in turn the brother of Romulus, after whom Rome was named.

Statues and other artwork depicting a she-wolf suckling the young twins Romulus and Remus can be seen all over the city of Siena. Other etymologies derive the name from the Etruscan family name Saina, the Roman family name Saenii, or the Latin word senex "old" or its derived form seneo "to be old".