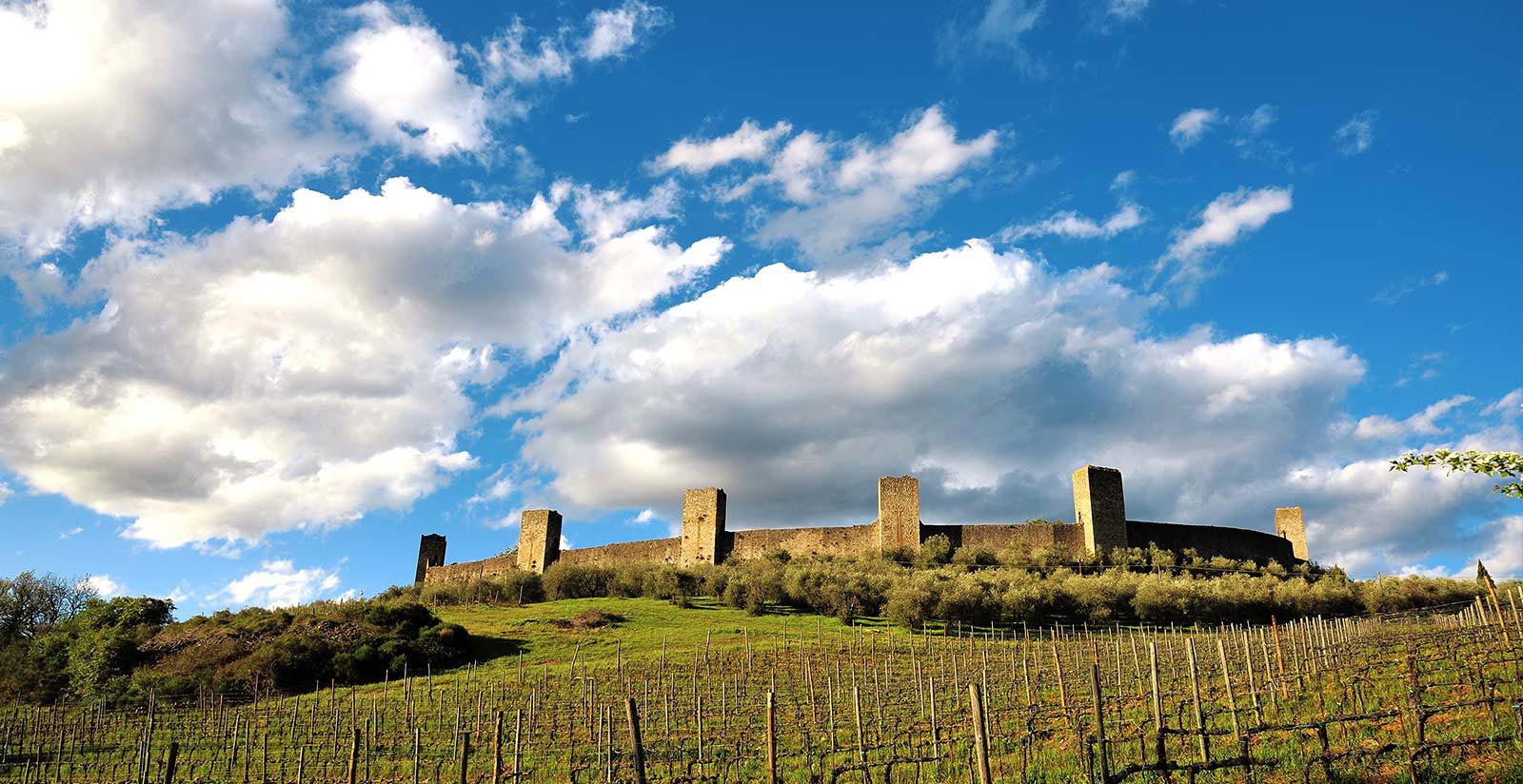 Monteriggioni is a comune in the province of Siena in the Italian region Tuscany. It borders on the communes of Casole d'Elsa, Castellina in Chianti, Castelnuovo Berardenga, Colle di Val d'Elsa, Poggibonsi, Siena and Sovicille. The town is architecturally and culturally significant; it hosts several piazzas, and is referenced in Dante Alighieri's Divine Comedy.

Monteriggioni is a medieval walled town, located on a natural hillock, built by the Sienese in 1214–19 as a front line in their wars against Florence, by assuming command of the Via Cassia running through the Val d'Elsa and Val Staggia to the west. During the conflicts between Siena and Florence in the Middle Ages, the city was strategically placed as a defensive fortification. It also withstood many attacks from both the Florentines and the forces of the Bishop of Volterra.
In 1554 the Sienese were able to place control of the town's garrison to Giovannino Zeti, who had been exiled from Florence. In 1554, in an act of reconciliation with the Medicis, Zeti simply handed the keys of the town over to the Medicean forces - considered a "great betrayal" by the town's people.